“Michele is both a bridge and a bridge builder. She makes visions possible, dreams reality and forces flow. A chance to work with Michele is an opportunity not to be missed.”

Fly Loft Group is an innovative consulting collective fueled by collaboration and creative process. As founder and president, Michele draws from her theatrical roots to provide support as a facilitator and consultant, partnering with colleges, conferences and companies to illuminate and address current needs. All speaking engagements, master classes, and interactive programs are custom-tailored from design to delivery, offering shared learning experiences including workshops, seminars, lectures and keynotes.

The name Fly Loft Group was inspired by Michele’s roots in the theatre. A Fly Loft is the vast space above the stage that is home to all of the scenery, lights and tools that support and surround the actors on stage, enhancing the story, the characters and their journey.

A Fly Loft is all about possibility and potential. 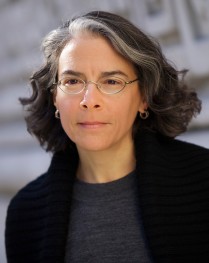 A producer at heart, Michele Steckler founded the consulting firm Fly Loft Group as a natural extension of her theatrical roots. Michele’s expansive career in the theatre, from avant-garde stage manager to Broadway producer, provides the foundation for consulting, lecturing and leading Listening & Story Labs through her unique model of practice called Producing Your Life.

Equally comfortable in a conference room, classroom or onstage, she is deeply passionate about nurturing young leaders and fostering multi-generational connections. As senior faculty with Coming Into Your Own, an international leadership program for women, Michele leads retreats designed to support women of all ages as they develop the capacity to lead from the inside out.

Dedicated to awakening personal power and human potential across all generations, Michele partners on diverse projects in the arts, business and education, creating space for people to develop the skills and capacity needed to grow and thrive in the 21stcentury.

Michele holds a BA in Theatre from the University of Vermont and divides her time between New York City and Columbia County, NY, where she also serves as wine director at a local farm-to-table restaurant.